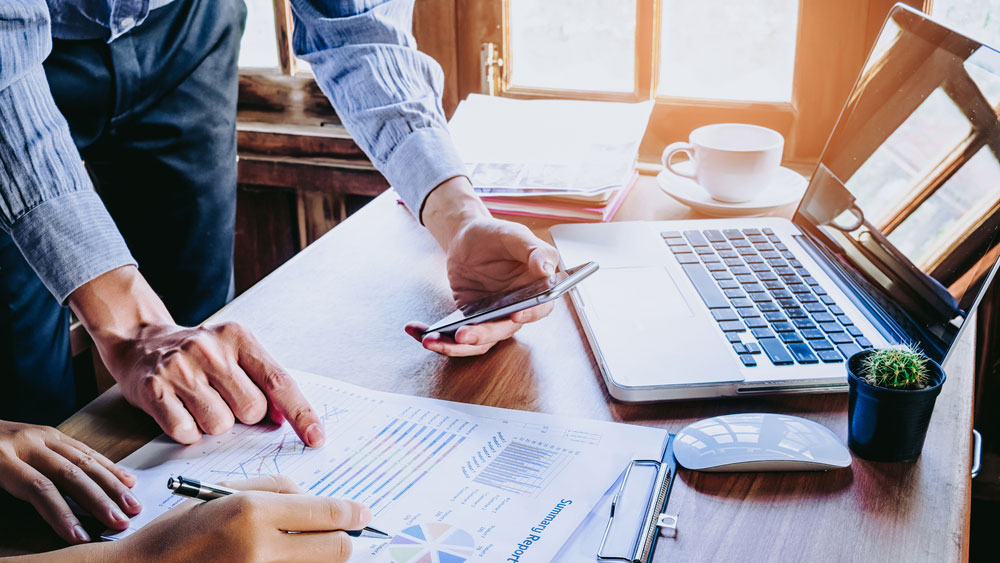 The following is a summary of some of the tax related initiatives enacted during the 2016 Legislative Session. and Excise Taxes

2. Adventure Tourism/Jobs Tax Credit. Under 2016 Public Chapter No. 759, effective for adventure tourism jobs created in adventure tourism districts on or after July 1, 2017, the definition of “qualified jobs” is amended to include: (i) for a permanent employment position, providing employment in a qualified business enterprise for at least 12 consecutive months to a person for at least 37 1/2 hours per week with or without minimum healthcare; and (ii) for a seasonal employment position, providing employment for at least 26 consecutive weeks with or without minimum healthcare.

4. Qualified Data Center Modifications/Jobs Tax Credit. As enacted by 2016 Public Chapter No. 1001, effective for tax years ending on or after July 1, 2016, the sales tax requirements for being in a “qualified data center” are relaxed, such as reducing the number of net full-time employee jobs from 25 to 15 during an investment period.

Sales and Use Taxes
​
1. Qualified Data Center/Exemption Requirements Relaxed and Expanded. A “qualified data center” is granted a 1.5% sales tax rate with respect to electricity when sold to or used by such center. Pursuant to the earlier referenced PC 1001, the conditions for a qualified data center have been relaxed such that: (i) the $250 million capital investment requirement has been reduced to $100 million during the investment period; and (ii) the requirement that such investment create at least 25 net full-time employee jobs has been reduced to 15 net new jobs.

2. Compressed Natural Gas/Exemption. Pursuant to 2016 Public Chapter No. 1070, effective July 1, 2016, an exemption has been added for “compressed natural gas” when taxed as an alternative fuel.

3. Retail Accountability Program/2016 Compromise. This Program, enacted in 2012, initially required beer and tobacco wholesalers to provide reports to the Department regarding their sales to retailers. The Department has used those reports for comparison purposes in reviewing Returns filed by retailers purchasing from those wholesalers. Because of adverse feedback from grocers and other retail taxpayers regarding the 2015 expansion of their Program, compromise legislation was passed as 2016 Public Chapter No. 907 which became effective April 27, 2016. Under this compromise legislation, the Department will obtain the expanded wholesaler reports regarding food, candy or non-alcoholic beverages (including bottled soft drinks), with such reports to be filed on a quarterly basis and with the first such report due July 25, 2016. ​

​Hall Income Tax
​
1. Angel Investor Credit Established. Pursuant to 2016 Public Chapter No. 1055 is effective for tax years beginning on or after January 1, 2017, a credit is allowable in the amount of 33% of the value of a cash investment by a “angel investor” against the Hall Income Tax in the tax year for which the investment was made.
​
2. 2016 Rate Reduction/2022 Abolishment. Pursuant to 2016 Public Chapter No. 1064, the current rate for the Hall Tax is: (i) reduced from 6% to 5%; (ii) intended to be reduced annually through enactments of general bills beginning with the first Session of the 110th General Assembly; and (iii) eliminated for tax years that begin on or after January 1, 2022.

1. Property Taxes. Several property tax bills were again enacted during 2016, including: (i) 2016 Public Chapter No. 853 authorizing a county holding land due to delinquent taxes to sell such land during the redemption period; and (ii) 2016 Public Chapter No. 1085 allowing a county which has obtained property at a delinquent property tax sale to evaluate the environmental risks of the property, and when necessary to petition the Chancery Court to void the sale.

2. Fantasy Sports Tax Act. As part of legislation found at 2016 Public Chapter No. 978, a new tax is imposed at the rate of 6% on all adjusted revenues of a fantasy sports contest offered by a fantasy sports operator to Tennessee consumers.

1. Proposed Regulations Filed February 25, 2016. The Department filed proposed regulations with the Secretary of State which are intended to clarify and enhance tax laws that were enacted during the 2015 Legislative Session. There are five general categories addressed by these proposed regulations: (i) taxpayer remedies for disputed taxes; (ii) business (or gross receipts) taxes; (iii) sales and use taxes; (iv) franchise and excise taxes (other than market-based sourcing for the receipts factor of the apportionment formula); and (v) franchise and excise taxes involving market-based sourcing for the receipts factor in regard to sales other than sales of tangible personal property. The final version of such regulations is to be effective September 26, 2016.

2. Proposed Regulations Filed June 16, 2016. Following the lead of a few other states, the Department is seeking through these proposed regulations to impose sales and use tax collection responsibilities upon remote vendors engaged in the regular or systematic solicitation of consumers in Tennessee, such as through on-line purchases. A hearing on these proposed regulations is scheduled for August 8, 2016 at 1:30 p.m. (central) at the William R. Snodgrass Tennessee Tower, Nashville, Tennessee.

A copy of the foregoing filed regulations can be found through the Secretary of State’s Office.

Conclusion
​
Before acting upon or in regard to these new initiatives, careful consideration of the foregoing is required in the context of your particular situation.