State Scholarships Enable Students To Prepare For Jobs In Manufacturing 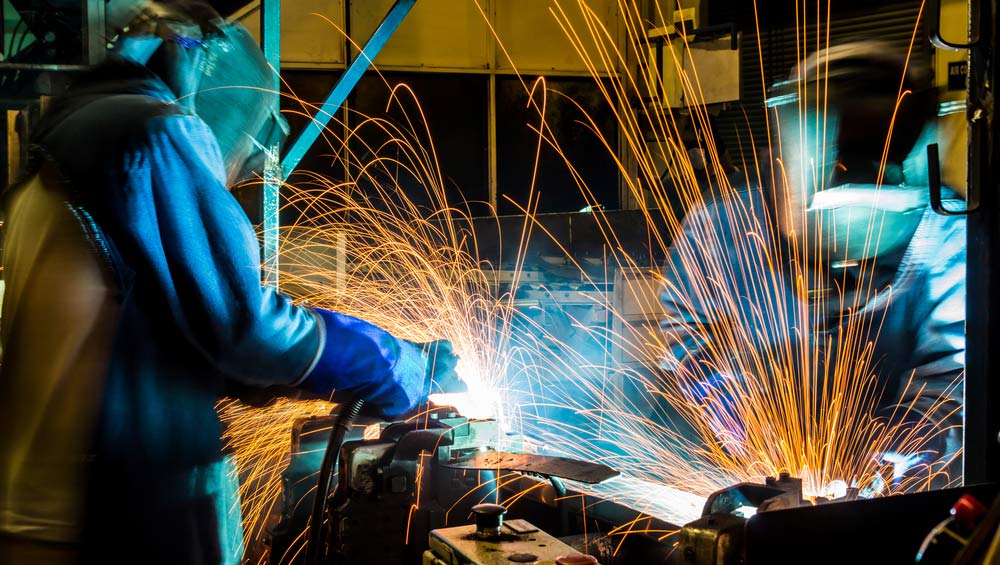 *Reposted from Chattanooga Times Free Press
by Kendi A. Rainwater

When Travis Stutz finishes his shift at a local factory, his day is not over.

Each weekday, he leaves his full-time job and heads to the Tennessee College of Applied Technology at Chattanooga State and clocks in for six-and-a-half hours of class.

Stutz, a recent Ooltewah High School graduate, began studying machine tool technology this fall because he believes this year of training will expand his opportunities and fatten his wallet.

“I’ll probably get a job working on machines next,” Stutz said. “It’ll be a better job [than I have now] and I’ll get more pay.”

Here in Chattanooga, there is a large need for skilled workers in a variety of manufacturing jobs, according to Tim Spires, president of the Tennessee Association of Manufacturers. Spires said a TCAT certificate equips people to fill these positions and start a career.

“There are great opportunities here in manufacturing,” Spires said. “There are manufacturers looking for people to hire right now, and [these manufacturers] are struggling to fill all the positions they have.”

James Barrott, director of TCAT at Chatt State, said TCAT’s 27 programs are designed to help fill the city’s need for skilled workers, and that 90 percent of TCAT graduates find a job related to their program.

“The biggest driving force [behind TCAT] is meeting the needs of local business and industry,” Barrott said.

Many students, like Stutz, would not have enrolled in one of TCAT’s programs without the state footing the bill for the last-dollar amount of their tuition not covered by other scholarships and federal dollars, allowing them to attend a program for free. This year, about 520 of the students enrolled in one of TCAT’s programs are leveraging these scholarships offered by Gov. Bill Haslam through Tennessee Promise and Tennessee Reconnect.

Both of these scholarship programs were launched this year as a way to remove financial barriers preventing people from earning degrees and entering the workforce. Tennessee Promise is for recent high school graduates, and Tennessee Reconnect is for Tennessean’s over the age of 24.

Barrott said he is encouraged by the enrollment bump of 7.8 percent in TCAT’s programs, and he expects this trend to continue, allowing the school to produce even more graduates to fill sought-after positions in the community.

For many people like Stutz, a certificate in one of these TCAT fields was not an option until these scholarship opportunities became available, driving the cost of earning the degree down to time and sweat.

Many TCAT graduates can see an increase in wages from about $10 an hour to $18 or $20, and some graduates can make up to $72,000 annually, according to David Burgess, who helped start the industrial maintenance program and is an instructor.

“In this lab, students experience just what they’ll do at a job,” Burgess said. “This program opens doors.”

Burgess leaned his elbow on a wooden work table Monday, scanning the room as students took apart the circuits they had spent the day building. One of his students, Jessica Denton, said when she finishes the program next semester she’ll be prepared to enter the workforce because Burgess has taught her how to fix problems on her own.

“On the job, you don’t have the help of a teacher,” Denton said. “[Burgess] is here to help us learn how to figure it out for ourselves.”

Denton was previously an insulator and didn’t enjoy the job. She chose to study industrial maintenance because she enjoys fixing things.

In a lab hallways away, Sam O’Rear, an instructor with the machine tool technology program, said it is through this type of hands-on training that students are learning a skilled trade, and not a lost art.

Denny, who is retired from the military, ran his hands over the knobs of the machine as he explained how he used a formula that relied on trigonometry to determine how he should calibrate the machine to make the threads the correct depth.

“The machine does all the work, I just do the coaching,” Denny said smiling.

He decided, like many enrolled in these programs, to choose this career path because it allows him to work with his hands and plenty of job opportunities are available.

Barrott said every facet of Chatt State’s TCAT programs are designed to help prepare students to directly enter the work force here and be successful. He said opportunities like Tennessee Promise and Tennessee Reconnect only broaden the opportunity to more students.

“We give [students] what they need to be successful in employment,” Barrott said.